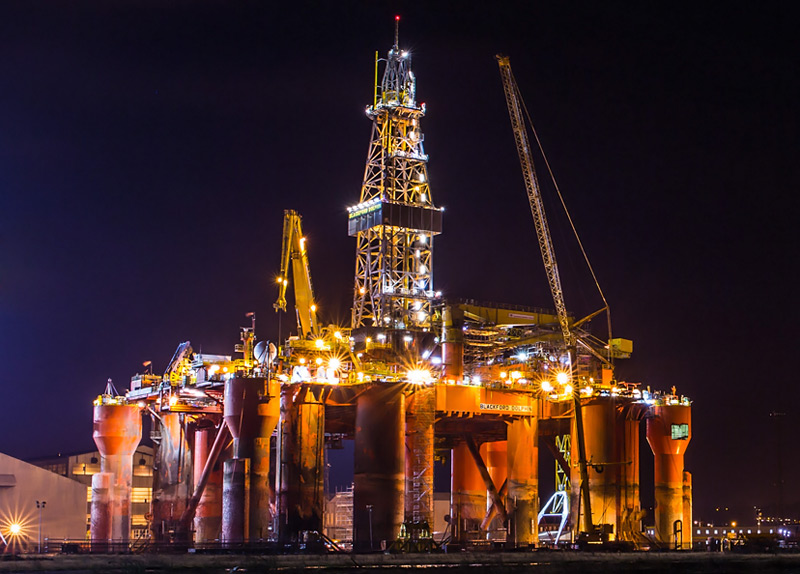 It is well understood that maintaining reservoir permeability is the only way to achieve maximum recovery of reserves. So, why don't we do it?

The industry lacked an early diagnostic method to determine how and when the production cycle would cause damage from reservoir rock and fluids conditions, and even when damage was determined, treatments were too unreliable to risk a good well. So, the damage would be left to grow until complete well loss was being faced and remedying it, if possible at all, may cost more than the remaining well reserve value. The Renu Process solves both problems allowing for the early detection and remediation of problems present within the reservoir and well.

The ReNu process enables early detection by determining a baseline of well, reservoir, water, and crude conditions and then analyzing small changes over time via routine testing and monitoring. These changes provide crucial insight into the damage mechanisms present downhole. The most common problems observed are the development of wettability reversal, the formation of organic deposits and scale, and the migration of fines. By observing the onset of these problems PIC can design a targeted and thorough solution without the risk of large well damage often caused by conventional treatments. This method proves to be far more cost effective and successful by maintaining low volumes of selective products instead of trying to solve all the problems that can be downhole all at once with massive volumes of chemicals that can do far more harm than good.

Reservoir formations typically exist as a water-wet structure allowing for the efficient passage of oil over the water film coated rock. This wettability will often shift towards being oil-wet over time. This shift can occur due to exposure to surfactants in drilling, completion, stimulation, and microbial rich fluids that allow for oil to penetrate the water film. This wettability shift can also occur simply over time as the well produces asphaltenic compounds that deposit on the reservoir rock and allow for other hydrocarbons to begin adsorbing onto the rock.

This wettability reversal poses a severe problem for the health of the well by increasing the production of water which will often lead to migration of larger and heavier fines that wouldn't have been displaced otherwise. These migrating fines will cause more and more severe plugging that can ultimately kill production and require massive acid jobs (that might not work or cause even more harm) or reperforating (which can damage the formation making oil recovery temporary until plugging occurs again).

To remedy the problem of wettability reversal PIC provides a series of solvent packages to restore water-wet conditions within the reachable reservoir and will design a treatment to best fit the case specific conditions present. 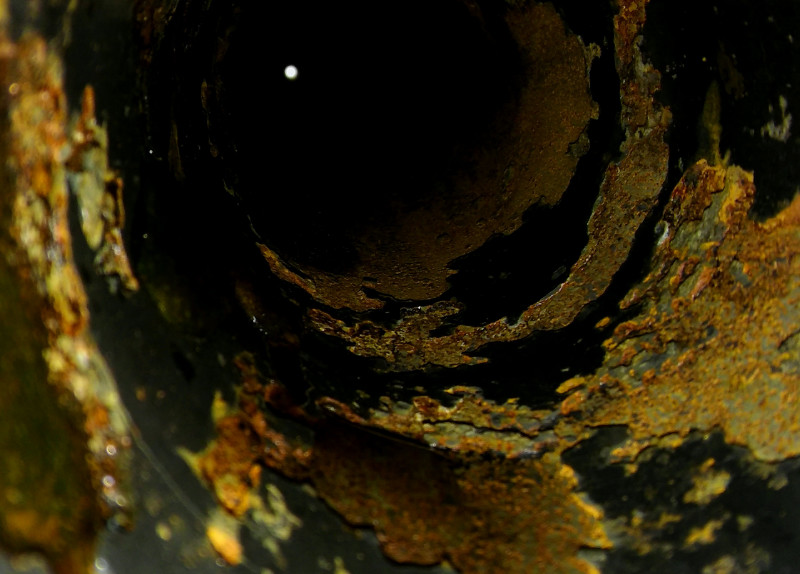 It's observed that with organic deposits there is a snowball effect that occurs. Changes in pressure and pH can cause the formation of asphaltenes that deposit on well and pipeline surfaces. These initial deposits act as nucleation points for the deposition of more asphaltenes and even precipitated waxes, and without treatment this can lead to a complete plugging of a well or pipeline.

For waxes, changes in temperature, pressure, and an inevitable decrease in the lighter components of the produced crude can lead to the precipitation of wax crystals that can deposit and act as sites for further deposition. Lab studies have found that deposits of lighter waxes will be molecularly replaced by heavier waxes and increase the magnitude and rate of damage.

The deposition of inorganic compounds as scale most often occurs due to changes in temperature, pressure, pH, and metal ion concentration. Changes in these properties will alter the likelihood for precipitates to form and eventually deposit. These scales can be impossible to remove and can ultimately require pipeline or equipment replacement.

Sometimes the onset of these problems is unavoidable, but the key to preventing a major production shutdown is early detection and remedial treatment which ultimately increase profit. The ReNu process includes frequent compositional analysis of the produced crude and water and determines whether there is asphaltene, wax, or inorganic scale formation downhole. By determining deposition early, a preventative posture can be taken with minimal volumes of thoroughly designed solvent, scale removal, and/or inhibitor treatment. PIC's scientists design case specific treatments that remove the existing damage and put into place an "extended life" scale inhibitor squeeze which results in production increases that quickly pay for the cost of the treatment and lost production time. Use of these data-driven remedial solutions keep small unavoidable problem from turning into a multimillion-dollar shutdown while increasing production and profit all at once.

Fines are an unavoidable occurrence in perforated and fractured reservoir rock. Ideally all fines that migrate within the reservoir pass through the pack, screen and are produced on the surface so they don't have a chance to create plugging. This is very rarely the case and the best that can be hoped for is that fines present within the reservoir simply don't migrate. Fines migration is increased by the production of denser fluids which can be triggered by the depletion of lighter ends in the crude or by a wettability reversal that leads to the production of more water. These denser fluids can dislodge fines and carry them into the pack where they can become stuck and severely decrease the permeability of the accessible reservoir. Once plugging occurs it can escalate and require a very costly workover or zone abandonment.

To avoid plugging it is critically important to determine if fines are migrating. The ReNu process allows for the prediction of migrating fines at which point an immediate acid package should be designed and utilized to deter the escalation of the problem. If there is excessive plugging, a large volume and high strength HCl:HF acid system is often recommended, but this can be very costly and can even cause more damage to the well and reservoir if poorly designed. It is much safer and more cost effective if a preventative method is taken and a dosage treatment of a case specific acid package is implemented to either reduce the quantity of plugging fines or carry them deeper into the reservoir where they can redeposit in a location less likely to cause plugging. A small SoleAcid system can be utilized to provide the fines dissolution capability without the flowback equipment that is typically required.